Landlady "If This Room Could Talk" 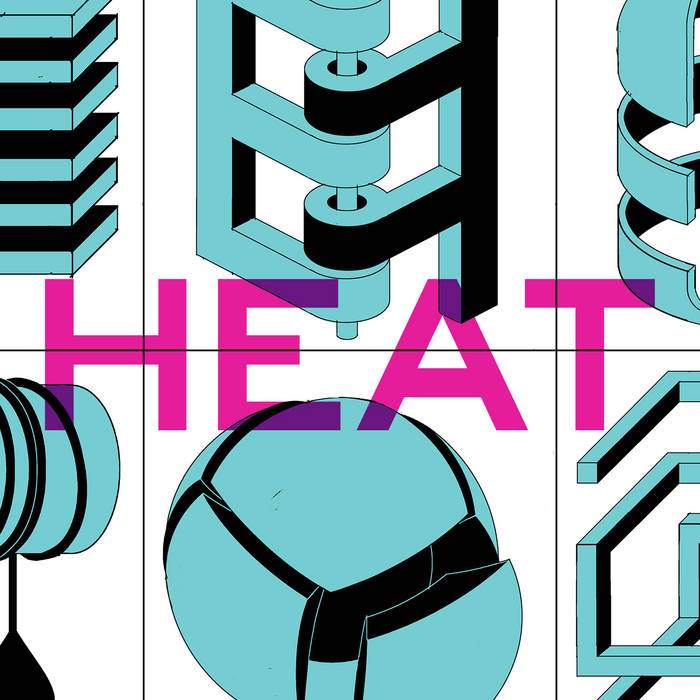 Landlady has been a band for longer than I often consider. It is so, so easy to view the Now as the Most Important and the Only, and for the industry to make one forget the last big thing in support of the Next Big Thing. But the best part of forgetting is getting to remember again. So here we go:

Heat represents it all. Heat is an EP, a smaller thing presumably between two big things. The smallness somehow allows us to envelop more, and to play around on the spectrum of infinite time.

The first two songs go back the furthest on the timeline of what makes us Us. Two covers by two of the greatests: Sly And The Family Stone and The Talking Heads. The reasons for recording music that you love are dense and vast, but the only one that matters here is that it makes us feel very, very, very good. That attitude transmits through the history of Landlady. It's the only good reason why we do what we do to feel that way we want to feel. And all we can do is try be as good as those who make us feel the greatest.

Fast-forward to "Birds Of Prey Pt. 1," one of the first songs written by Landlady. Pre-dating our first album and not recorded until the Upright Behavior sessions, it lives and breathes today, here, as a standalone song and as connective tissue, spanning from the early days to the nowadays. The hook was written in the shower. That spans back to the earliest songwriting memories we all have.

The beginning of "I'm Afraid" was also recorded during Upright Behavior and didn't quite fit the puzzle. Heat allowed us to add an ending that grows both backward and forward, connecting then to now to tomorrow. It's about when I fell outside my apartment and went to the ER at 3am to get seven stitches in my chin. The scar attached to the song isn’t quite infinite, but it'll definitely last until I decompose.

And with decomposition comes the finale, a remix of “Dying Day,” a song about the fear of death from Upright Behavior. The reworking is done by Martin "Dosh" Dosh who is a risky general. He put his heart into giving this song an alternate universe to grow old in.

The tendrils spreading to and from Heat are vast and overlapping, complex and true, like us and like you. Dig it. And please, please enjoy the music.

If This Room Could Talk
Written by Sly and the Family Stone
Recorded by Landlady in February 2015 at Black Lodge in Brooklyn, NY
Engineered by Adam Schatz and Vishal Nayak
Mixed by Pete Wells and Adam Schatz


Mind
Written by The Talking Heads
Recorded by Landlady in February 2015 at Black Lodge in Brooklyn, NY
Engineered by Adam Schatz and Vishal Nayak
Mixed by Pete Wells and Adam Schatz


I’m Afraid
Written by Adam Schatz
Recorded by Landlady in May 2013 and May 2015 at home in Brooklyn, NY
Engineered and mixed by Adam Schatz


Dying Day (Dosh Remix)
Remix of the original, written by Adam Schatz, from the Landlady album “Upright Behavior” on Hometapes
Remixed by Martin Dish in May 2015 in Minneapolis, MN

buy all our physical LPs, CDs and merch at
stores.portmerch.com/landlady/

Bandcamp Daily  your guide to the world of Bandcamp